Crown LNG specialises in LNG infrastructure for both LNG re-gasification and LNG liquefaction. Since its inception, the company has focused on development of a technical solution that can operate in more severe weather conditions than floating solutions.

Crown LNG India AS, a subsidiary of Crown LNG Holding AS, has signed an agreement with East LNG; to finance, build and lease the infrastructure for their offshore LNG receiving terminal at Kakinada. Crown has also been contracted for operations and management of the facility, through the 25-year lease period.

Crown LNG has now initiated development of the Kakinada project.

“We will build an LNG terminal that will be operational 365 days per year, including during the monsoon season, for 25 years following the completion of the terminal,” says Gunnar Knutsen, CEO of Crown LNG AS, which is Crown LNG’s project services company.

The LNG terminal will be built with an annual re-gasification capacity of 7.2 million metric tonnes per year. It will support India’s gas initiative and help to reduce carbon emissions.

Crown LNG intends to develop the LNG terminal as a gravity-based structure that sits on the seabed approximately 11 kilometres offshore Kakinada.

Not only will such a solution be able to withstand the harsh weather conditions the Indian monsoon season presents, it will also contribute towards decongesting busy ports and keeping hazardous substances away from populated areas.

“By choosing this approach, we enable a 365-day operating window without placing unnecessary environmental and safety burdens on the local community in and around Kakinada. This is in line with our philosophy of acting responsibly wherever in the world we operate,” adds Gunnar Knutsen.

The lack of viable LNG facilities on the east coast has caused significant energy shortages for the eastern part of India; especially for high-volume energy users such as fertilizer, petrochemicals and power plants that are located in and around Andhra Pradesh. Many facilities have even been sitting idle due to lack of natural gas supplies.

“The Indian government is dedicated to safeguarding the energy supply to domestic industry and consumers, while also facilitating a responsible energy transition. The Kakinada LNG project is proof of this,” says Jørn Husemoen, Chairman of Crown LNG Holding AS.

Husemoen also underlines that the pipeline infrastructure near the project site is mature and therefore easy to connect to. This substantially supports the project.

Crown LNG expects that the Kakinada project’s EPCIC contractor and key subcontractors will be announced during the coming weeks.

The company is working towards a final investment decision (FID) for the end of 2022.

Crown LNG estimates that the LNG terminal will be operational approximately three years after making a final investment decision for the project.

The company, together with its partners, is working on various projects, including re-gasification terminals for other Asian locations, that experience similar cyclones and monsoons as in the Bay of Bengal.

Crown LNG has also signed a letter of intent to deliver a traditional 5mtpa FSRU (floating, storage and re-gasification unit) to a gas to power project in the United Kingdom.

In addition, the company is working on developing a project for a GBS-based liquefaction terminal for export of gas from USA. Further information about this and other projects will be shared in due course.

Crown LNG Holding AS and its subsidiary companies, including Crown LNG AS and Crown LNG India AS (together: “Crown LNG”), develops and delivers tailored LNG infrastructure suitable for year-round operations in any harsh weather location. The group provides solutions for both LNG re-gasification and LNG liquefaction. Crown LNG is headquartered in Oslo, Norway. For further information, see www.crownlng.com 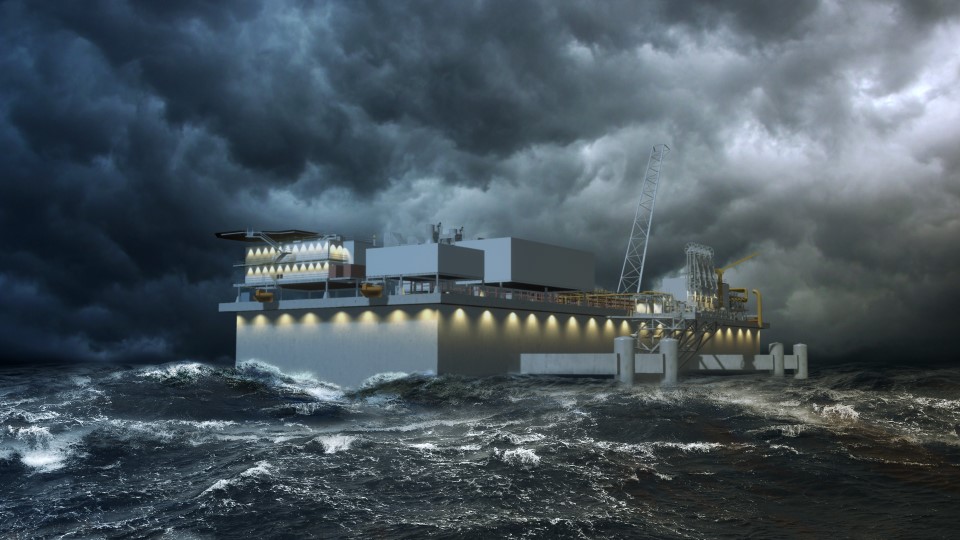